New, from Faeros Publishing: Stories That Held Back the Dark! 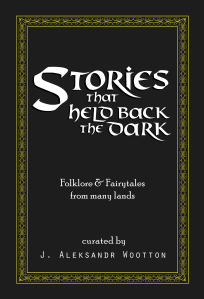 Booksellers are listing this as Fayborn #4, but that’s only half-true. Yes, this collection makes great companion reading: almost every classic story referenced in Fayborn is included here. If you’d like to be more familiar with the tradition that makes up Petra Godfellow’s world – from Homer to Chesterton, Scheherzade to Irving, Ovid to Yeats – this is the book for you!

Equally true is that Stories That Held Back the Dark can be enjoyed on its own, by anyone young enough to read fairytales… or old enough to read them again.

“When I was ten, I read fairy tales in secret and would have been ashamed to be discovered. Now that I am fifty, I read them openly. When I became a man I put away childish things, including the fear of childishness and the desire to be very grown up.”

These 50-odd stories span centuries of folk tradition and a full breadth of lore-collectors, retellers, and composers. Seasoned wanderers of Faerie will rediscover a few old favorites, of course: there are chestnuts and obscurities from the usual suspects here, alongside favorites from recent innovators. But I’ve also harvested a bit further outside the fields that we know – more northerly, more easterly. Lovers of Central-Western European tales will surely discover something new.

I’ve titled this anthology, Stories That Held Back the Dark. Some of those included are old enough to have participated literally in that noble task: retold amongst watchers whose lot was to keep the fire alive through a long night. Stories and ballads kept them alert—alert, they kept the fire burning—tended, the fire kept winter and wolf at bay.

Nights have gotten shorter and darker, since electric lights came. Out of our cities we pushed the night: we also pushed out the stars. New stories crowd round the harsh incandescence like ill-bred moths, and many like moths are swiftly caught, consumed, discarded; and still the old stories leap skyward like living sparks, like fireflies, on clear nights as the season turns.

Now, these well-seasoned stories have been gathered and kindled anew. Perhaps, if we keep on telling them, they’ll continue to help us hold back the dark. 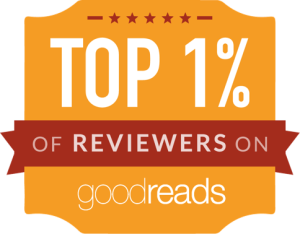